2020 Most Influential Black Leaders in Wisconsin 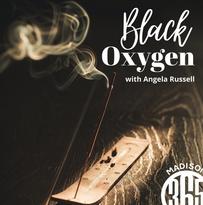 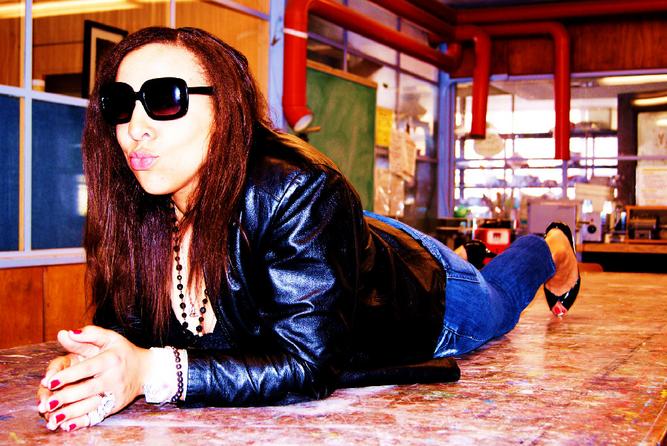 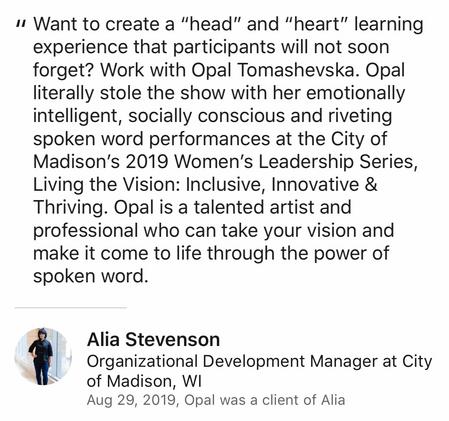 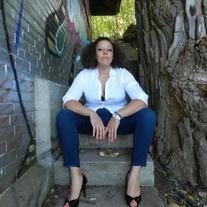 Writing poems since she was 15 and performing spoken word pieces and recording hip hop tracks since her college days at the University of Wisconsin-Parkside, poetry has been a way for Opal to not only express herself but also work through her own thoughts and feelings as a form of art therapy.  Since she knows many people can relate to this benefit of the spoken word she feels compelled to write and speak on subjects that touch her soul.

Born and raised in Madison's low-income neighborhood Wexford ridge, her themes touch on subjects from her own life and from the lives she has been blessed to observe.  Her most touched on topic is social injustice of any form.  The realities of American racial discrimination and the lasting effects of poverty are often explored and explained in ways that have double and triple meanings in her poems.  She brings along with her the quick wordplay from being a hip-hop emcee and believes that spoken word is the same talent just in different form, she takes great joy in creating both.

Opal writes for herself and also has created custom pieces for weddings, book releases, corporate conferences and charitable events.  She has the ability to create spoken word pieces for organizations that not only motivate and inspire employees and business partners but also deliver and reinforces brand mission and values.

Over the the past few years Opal has become just as well known for her spoken word poetry as she has for her music.  Performing and keynoting large events across the nation.  In 2019 she released a spoken word album titled "My Name Is Opal", which has been streamed in 28 countries, helping her become a Spotify Verified Artist.  In 2020 Opal was named one of the most Influential Black leaders inWisconsin by Madison 365.